Constellation Brands: A Falling Star? One Can But Hope

I’m from the Motor City and I love cars. I worked in the automotive industry for seventeen years, I still remember how to rebuild a carburetor when my kids have no idea what a carburetor even is since none of their cars have one.

It does not immediately follow that I love oil companies though, does it?

I love wine, too.  I do not, however, necessarily love wine companies.

According to cosmologists, a constellation is a hyperinflated stockpile of stars which, from a distance, look interrelated but which are, upon closer inspection, not even vaguely related to one another.

According to wine writerologists, Constellation is the world’s largest, most hyperinflated caboodle of consumable crunk with over 200 brands of wine, beer and spirits being drawn inexorably into the black hole of homogeny that is, of course, at the center of every galaxy.  The most newsworthy of their acquisitions, perhaps, was the billion dollar inhalation of Robert Mondavi Corporation in 2004—a move which has Fumé fanatics fuming to this day.  Almost as noisy was Constellation’s 2007 $800 million grab of Fortune’s wine operations, which includes Clos du Bois and added 1500 acres of vineyard to their hoard, allowing sales to top $3.7 billion in 2008.

Such juggernaut expansion is often viewed as a manifestation of the American Dream and mom ‘n’ pop better get with the program and sell up while the offer’s on the table.  Having worked for billion dollar Fortune 500s, however, I’m maybe left with a bit of a bile on my tongue; give me a tiny, cash-flow-challenged boutique winery with nine fingers in the loamy clay and the tenth raised at rapacious raiders like Constellation whose primary purpose (I surmise) in a buyout offer would be to increase share value.

I say ‘surmise’ without insider knowledge of course, but based on a rather cynical certainty of how publicly-held, multiple-subsidiary conglomerates work—and the fact that Constellation is in the midst of a five-year pruning program that has nothing to do with grape vines.  Rather, they are systematically dumping low-margin wines and promoting those which put smiley-faces in the wallets of shareholders.

And you don’t have to have a B.A. to know that those tend to be mass-produced generic wines sold at cut-rate prices.

Now, you can certainly make the statement that Constellation’s line of super-premium wines (including Ravenswood, Clos du Bois and Inniskillin) is top-notch, and you can commend them for dumping swill swingers like Almaden, Inglenook and Paul Masson.  But don’t let this fool you into thinking that the decision was eno-aesthetic and not bottom line—even Constellation CEO Rob Sands wouldn’t try to pull that wool over your eyes.

At the time, he said: “This transaction will allow our wine sales forces to focus on selling higher-growth, higher-margin wines.  It demonstrates our commitment to improve return on invested capital.”

Soon afterward, the company shucked 80% of its Aussie business, the purchase of which may have been a colossal blunder from blast-off as the Australian wine segment has steadily lost market share since [yellow tail] wallabied its way into American stomachs and pocketbooks.  Today,  the unhappy ending is that [yellow tail] accounts for half of all Australian wine sold in the States, and what’s suffered as a result are more upscale labels like Hardys, Banrock Station, Leasingham and Chateau Reynella—all once among Constellation’s sprinkle of stars.

Americans have, evidently, drunk the shiraz-flavored Koolaid and bought into the notion that Antipodean alcohol has to be frivolous, whimsically packaged and cheap, cheap, cheap.

Offloading the Australian unit, however, did some prestige damage to the company as it fell behind Gallo in both volume and wine sales.  Still, everybody’s heard of Gallo.  How many non-wine people do you think would name Constellation as the world’s second biggest winemaker?

Back To The Black Hole Analogy

According to Stephen Hawking, even the largest, most aggressive black holes will ultimately perish because, slowly but steadily, they radiate photons.  And though it may take an idiotically long time—10 raised to the 61st power times the age of the universe (roughly the same time as it takes a Michele Chiarlo Barolo to become drinkable), black holes have a defined and calculable shelf life.

Historically, most publicly-held corporations have suffered the same fate.  In 2009, a multinational research firm tracked the histories of over two million companies and found only that only 1% had been around for more than a century, and only a tenth of one percent were able to survive until their two hundredth birthday.

And Constellation Brands, Founded in 1945 as Canandaigua Industries Company in Victor, New York? 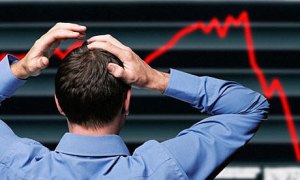 After an era of discounts and bulk sales,  there appears to be a bit of trouble in paradise.

On April 5, Constellation Brands announced that its fiscal fourth-quarter net income fell 63%, and subsequently, stocks fell $2.19, or almost 9 percent, ending up at $24.69 in premarket trading.

And next year doesn’t look much better.  For fiscal 2013, Constellation expects to report a lower net income of $1.89 to $1.99 as a result of stock repurchases and interest expenses—analysts had expected $2.24 per share.

It Couldn’t Have Happened to a Nicer Bunch of Visigoths 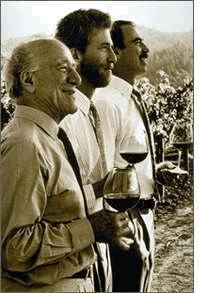 ♪ ♫ 'Have you seen, my old friends Bobby, Mikey and Tim? Can you tell me where they've gone?' ♫

Not that I’m anti-capitalism, but when publicly-traded corporations like Constellation have shareholders to appease, major acquisitions often result in ousting key (and well-paid) players, downsizing with blue-collar layoffs, outsourcing (as Constellation did in Australia before the divestiture)—even liquidating the company for short term gains.  Figure that when Constellation bought Mondavi, the only people who really made out were stockholders, board sitters, and people named Mondavi—although Tim was deep-sixed and Michael resigned.

As for the hoi polloi, 360 people lost their jobs; about one-third of the Mondavi staff.

Just as I don’t want the earth to be eaten by a black hole, neither do I want a bunch of Mondavi workers on the dole or my favorite small-production vintner—the one whose web page describes their wine as hand-crafted, artisanal and/or boutique—to get swallowed up by an insatiable balance-sheet machine.

Nor frankly—in the interest of Constellation’s nearly 8000 employees—do I want to see them pulling any creditor-circumventing Chapter 11 shenanigans, then imploding in a thermonuclear collapse of fiduciary gravity.

Although if it happens, we all know that there will be those among the green-eyed wine cognoscenti celebrating (with apologies to Noel and Liam) with a Champagne supernova in the sky.

4 Responses to Constellation Brands: A Falling Star? One Can But Hope