I’ve been drinking, thinking and inking wine for about twenty years now, but every now and again, a growing region pops up that existed so far on the periphery of my mental wine map that I never gave it so much as a passing ‘Huh?’

British Columbia is one such spot, and I’d say ‘my bad’ except that I vowed to neutralize (with extreme prejudice) the next person who used that odious phrase—and I have a dentist appointment this afternoon

In any case, learning more about B.C.’s wine industry better qualifies as ‘my good’.  Often supposed too cold or too wet for grape cultivation by outsiders, it turns out, in fact, that much of the province’s interior is bone dry and sultry hot throughout the growing season. 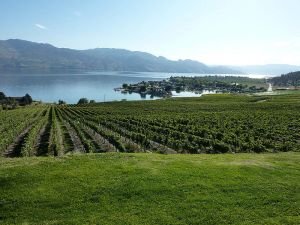 Officially (meaning ‘recognized by Canada’s Vintners Quality Alliance) there are five B.C. appellations.  All are in the south; three are to the west of the Cascade Mountains and two—the Okanagan and Similkameen Valley—are to the east.  The westerly DVAs (Designated Viticultural Areas), Vancouver Island Region, the Gulf Islands and the Fraser Valley Region are cool and damp, and late-ripening varietals suffer accordingly—as they do all the way down the coast.  For them, reliance is frequently on mildew-resistent crossbred grapes like bacchus, siegerrebe and madeleine sylvaner, which make lovely and distinct wines, but don’t always haul in the sellout crowds.

British Columbia’s eastern appellations, however, huddle in a rain shadow behind a fourteen thousand foot cloud-shield that creates semi-arid desert—the most northerly of such biomes in the world.  Despite its 49° of latitude, canny viticulturists knew as far back as 1859 that the area could be a suitable habitat for vitas vinifera, but like it did in California, 1920’s Prohibition legislation bunged up their barrels and signaled the end of serious wine production in the province.  That is, until the mid-Seventies, when the Osoyoos Indian band established a commercial vineyard dedicated to riesling, ehrenfelser and scheurebe. 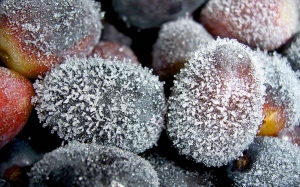 Today, Okanagan Valley, with help from nearby Similkameen, produces 90% of British Columbian wine.  Although German varietals can still be found in most of the hundred-plus wineries, certain microclimates have proven ideal for fussbudget grapes like pinot noir, chardonnay and syrah, and recent plantings have included heat-hankerers like zinfandel, sangiovese and tempranillo.  Even so, with temperatures which have been known to  drop below 13°, the area is every bit Ontario’s rival for ice wine, and in fact, plenty of Niagara Peninsula wineries own property here.

Front and center in Okanagan, just outside the capital city of Kelowna, is Summerhill Pyramid Winery, established in the 1980s by Stephen Cipes.  A New York developer, Cipes believed that the area was ideal for producing small, intensely-flavored clusters—a hallmark of fine wine production.  So he purchased land, then a number of clones from France, and, as he describes it, “…personally planted them on my hands and knees.”

Later, when he discovered that planting them in soil was more productive, a remarkable winery was born.

Known for its adherence to sustainable agriculture, Summerhill is currently producing more organic wine than all other Canadian wineries combined, using 80% organic grapes (with the rest in transition)  and is on the short path to Demeter Biodynamic certification.

Yes, the crew does too.

Now, I will not go all hypocritical here, since I have always maintained that—via my understanding of biodynamics as opposed to simple ‘earth-first’ horticulture—there is something a bit alakazammy about it.  I won’t go into the cow horn and moon cycle clichés, mostly because I don’t need to: Biodynamics are not the strangest practices going on at Summerhill.  These are pyramid power people.

Seriously so.  The pyramid-shaped structure at the Summerhill facility is, apparently, the most precisely aligned pyramid in the world outside the big one at Giza.  Referred to by Cipes as ‘a sacred chamber’, it is used not only as as a storage for the wines, but as a meditation stop during winery tours where visitors can take a five minute breather to explore the knowingness of eternity.

According to Cipes, “We are mostly liquid and we are affected just like the wine is affected. The effect is clarification. If a wine has a flaw in it, the flaw is accentuated. If the wine has good qualities, they are enhanced. When humans enter this sacred chamber, it is a grand opportunity to clarify our own inner selves. This chamber helps us to get to the knowingness of who we are…”

Who am I to argue?  Summerhill Pyramid wines have been blowing the competition out of the tub for decades, and it was named 2009’s ‘Canadian Wine Producer of the Year’ at the International Wine and Spirits Competition in London.

Do not be dissuaded by the fact that Summerhill Pyramid wines are available in the United States only  via direct shipment—it saves you a trip to the corner bodega, and the Wine Direct ‘fulfillment provider’ is in complete compliance with the states that allows this form of wine delivery. 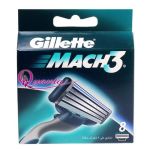 In fact, you should do what I did: When you place your order, include all the dull Mach 3 razor cartridges you can scrape up from the bottom of your bathroom drawer and ask Stephen Cipes to stick them in the pyramid for an hour or so, and send them back with the wine.

As to why, true pyramid people will be happy to clue you in.

(Each bottle bears a replica painting of a B.C. critter by Robert Bateman, and $1 per bottle sold will be donated to the ‘Get To Know Your Wild Neighbors’ non-profit organization).

Summerhill Pyramid Cipes Pinot Noir Rosé, Okanagan Valley, NV, about $30:  Pinot noir is one of central B.C.’s success stories, and it follows that the sparkling wines would be sensational.  This is not Neil Diamond’s Cracklin’ Rosie—it’s an exceptional méthode champenoise that defines the British Columbia sparkle style: Dramatic and intense with crushed strawberry, juicy watermelon and fresh red cherry aromas, some yeasty brioche on the palate and a nice clean, finely-toned finish.

Summerhill Pyramid Organic Pinot Noir, Okanagan Valley, 2007, around $30:  A nice mineral-laden pinot, not too massive, but juicy with black cherry, raspberry, beetroot and a touch of rhubarb.  Subtle, smooth vanilla softens damp earth and hints of coffee; the tannins are restrained and blend seamlessly with the fruit and spice.

Summerhill Pyramid Riesling Icewine, 2007, about $55 (187 ml): Bursting with luscious scents of apricot, dried pineapple and honey, this is a beautifully balanced nectar; there’s a vibrant structure built around contrasting sugars and acids and an almost hedonistically unctuous mouthfeel.  A textbook after-dinner wine, wonderful alone or just as wonderful with sweet, tropical desserts.

Summerhill Pyramid Pinot Noir Icewine, 2007, around $65 (187 ml):  Forget the dessert with this one—it’s too pricey and scrumptious to clog up with food.  Containing a hefty 22 g/l of residual sugar, winemaker Eric von Krosigk’s sweetest baby is serious and world-class; rich and ultra-ripe, loaded with candied cherries, stewed cranberry, Watermelon Jolly Ranchers and an opulent, melt-in-your-mouth finish.

5 Responses to British Columbia: Gem of A Whole Different Ocean