If you were born south of Eight Mile or spent your formative years in Motown, you’re pretty versed in Detroit history—and, with a high school drop-out rate cresting 70%, it’s probably not something you  learned during  Fourth Hour.

You know it instinctively.

For Those That Don’t: Here’s How Detroit Was Invented…

One day, a bunch of space cadets from Juarez, Caracas, New Orleans and Kinshasa got together and said, ‘We have nothing against crime or corruption, desolation or poverty, but couldn’t we relocate to somewhere a whole lot colder??’ 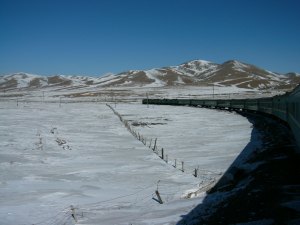 Sorry, Detroit civic boosters:  We denizens of this frostbitten heartache—Siberia with turf wars—don’t celebrate our hometown, we tolerate it.  Love it?  Maybe like you’d love a dysfunctional, violent, self-destructive child.   I get that; blood is blood after all…  I just don’t want to see mine running down my Made In Detroit t-shirt when I go downtown to watch fireworks.

So, maybe you should approach Larry Mawby’s latest release, a sparkling wine dubbed Detroit, with a textbook case of mixed emotions.  First, Larry Mawby crafts the best sparkling wine that’s ever come out of Michigan.  Second, Larry Mawby is a funny, engaging, whipsaw-sharp and horrendously talented winemaker.  He’s among a handful of culinary characters in the state with celebrity status—someone who actually gets recognized and pestered by fans at restaurants .

(Thinking out loud, though, I wonder how many of them have confused the grizzly, bearded, cap-wearing star with his doppelganger Michael Moore?)

Third, Larry Mawby lives so far from Detroit that if he was going to live any farther away and remain in Michigan, he’d have to rent scuba gear.

Mawby is from Grand Rapids; at least, he’s from a family of apple farmers with orchards near that flat, god-fearing community, and he was raised with the pastoral passions of a agriculturalist.  He knew from the outset that his destiny was not in Honeycrisps and Jonagolds, but in chardonnay and pinot noir.  He’s also got a congenital head for numbers and was able to recognize that one of the most popular wine styles on the planet—sparkling—had not yet found its niche in the nascent north.  This was back in ’73, before the current wine renaissance had begun.

“Nobody up here was really sure what the market would allow,” he says, perched in his cluttered, cozy office in Sutton’s Bay.  “Nobody quite knew what our limitations were, if any.  I focused on sparkling wine because I love it, not because I thought it was the smartest marketing decision.  That said, the climate is perfect for Champagne wine grapes, but above all, I wanted to make the kind of wine that I like to drink.”

Apparently, other folks like to drink it, too—Mawby took top sparkling wine honors in the prestigious 2008 Jefferson Cup Invitational for his vintage ‘Mille’, and in 1998, Wine Enthusiast magazine ranked him on the short list of great American winemakers .

In fact, Mawby has found such success with his eponymous bubblies that’s it’s been eleven years since he made anything else.  So specialized has be become that he contracts out his talent and equipment, bringing in wine from other vintners and giving it the ol’ Mawby sparkle before they slap their own label on it.

Who?  Because most of it receives the ‘bulk method’ process, which is less expensive, less time-consuming and results in an arguably less refined product than the bottle-fermented méthode champenoise  that he reserves for the L. Mawby brand, he declines to name names.

“Once I realized where my direction was leading, I invested in a lot of pretty specialized equipment,” he says, “more than would make sense for other wineries where the focus was on still wine.  When I use the traditional Champagne method for my L. Mawby wines, I am looking for a certain varietal character and yeasty overtone; with the M. Mawby line, I’m dealing with a different game plan where tank fermentation is ideal.”

Flavor profiles are key to every wine that Mawby bottles, and ‘Detroit’ came about in part as a experiment.  He had long wanted to try this ‘kind’ of bubbly—aromatic and juicy with forward fruit, a bit of residual sugar in it and enough acidity to balance it and offer a clean finish.

“I hate cloying wines,” Larry says with a face scrunch as excruciatingly real as any thirteen-year-old’s.

A blend of riesling, traminette (a hybrid of a hybrid) and cayuga (a laboratory varietal which excels in cold climates) provided him with the taste target he was aiming for.

That was the goal; not a specific name.  But along the way, someone suggested that this was precisely the sort of product that would go over well in Detroit, where Champagne may be a component of some weird gangsta mystique or a high life reminder of our 1920’s heyday as the Paris of the Midwest, but where today, in any case, bone-dry doesn’t sell.

On one hand, as a wine, Detroit is the antithesis of its namesake—it’s everything that a major metropolis should be, but Detroit is not: Sweet, classy, fun and energetic.  On the other hand, Detroit the city has a certain undeniable emotional resonance, a sort of intrinsic grandeur evident in the Gilded Age architecture as well as the core of quality, if siege-weary individuals trying to put the broken clockwork right.  Detroit the wine is vinified to sugar levels that the French call demi-sec,  which in literal translation is exactly how we Detroiters view our legacy:

Seen in a non-facetious light, Detroit’s history bears at least one striking similarity to that of sparkling wine.  As Dom Perignon noted, Champagne’s northerly climate prevents the complete fermentation of wine in the autumn, so in the spring, the yeasts wake up and go back to work.

This re-invigorated spunk, the heart and soul of Champagne, was referred to by Dom Perignon as ‘new life.’

For Detroit, such a metaphor is better than the cornball image of a phoenix rising from ashes—with its inescapable connotation of Devil’s Night vandalism, blocks of burned-out buildings and the charcoal shells littering neighborhoods that must produce the next generation of  leaders.

‘New life’ is precisely what the doctor—even our most infamous one, Jack ‘Dr. Death’ Kevorkian—ordered.

If such a rebirth worked for the great cellarmaster of Hautvillers Abbey, maybe it can work for us.

M. Mawby ‘Detroit’, NV, about $15:  An open-knit palate pleaser, no questions asked.  Marked by ripe peach and orange blossom aromas, the fine bubbles—not champenoise  fine—tingle up an almost unctuously textured mouthfeel; spiced apricot (nutmeg especially), baked apple and honey flavors extend cleanly into a layered finish.  Lovely  wine to light up any Detroit summer.  Except 1967, of course.  Or 1943.  Or 1863, come to that.  Never mind.  Anyway, if Wally Maurer of Domaine Berrien gets to be a Rhone Ranger,  Larry Mawby gets to be Michigan’s preeminent Mousseketeer.

Larry Mawby is also among the most literary of Michigan’s winemakers, with poetry on his labels (some grapey groaners, granted;  like ‘freeing time’s bouquet’ and ‘our tongue lies wrapped in mystery’)  but his regular contributions to Michigan Wine Country are gems.  Start with ‘Why Grapes Grow Here’ and work through the lot: