Cellar No. 8 ‘Eight’: Stuck Here In Lodi By Choice

Posted on September 7, 2011 by intoxreport

One of the effects that alcohol has on the human brain, specifically on the nucleus accumbens, is that it makes you go all silly sappy and irrationally nostalgic.  So when a winery recalls it’s founder and his guiding principles in a wine brand, a brand which reports that it ‘applies time-honored methods and ‘Old World expertise’ to its wines, one can only hope that the gesture is a sincere nod to paternity, longevity and history, and not the product of a management drinking binge.

According to the bottle’s liner notes, Asti Winery, parent company of Cellar No. 8, was founded in 1881 when Italian expat Andrea Sbarboro set up wine shop after immigrating to Northern Sonoma because he was tired of his countrymen telling him he had a girl’s name.  He went on to establish a sprawling, tight-knit community that focused on winemaking—kind of like a gang of reprobate Amish—which ultimately became California’s second most popular tourist trap, right after Disneyland. 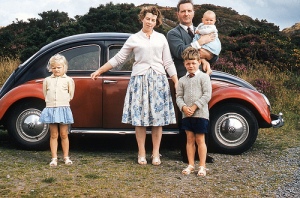 Sound far-fetched?  Suspicious?  It is.  Not the part about the Old Country theme-park—it was indeed a huge draw in the 1960’s for Mom, Dad, Buddy ‘n’ Sis, and it revolved around Sbarboro’s grandiose mansion which was apparently booby-trapped to play practical jokes on guests who might laugh at his girl’s name.  And not the part about him founding a 1600 acre agricultural colony in Northern Sonoma, either…

Another thing that alcohol does to the brain, specifically to the prefrontal cortex (the forehead part that makes celebrities like Al Jardine, Christina Ricci and Steven Wright look like sideshow freaks) is to lower your inhibitions—and often, you’ll admit to embarrassing things you’ve done in the past, if only to get a chuckle out of your drinking buddies.  So, in the midst of its tipsy ballyhooing about a laudable history while sanctifying Andrea Sbarboro’s stubborn refusal to change his name to something butch like Magnus or Slade, it’s odd that nowhere on the label, press release or infomercial does it ‘fess up to the fact that the company changed its own name a few years back.

To Asti.  From Italian Swiss Colony. 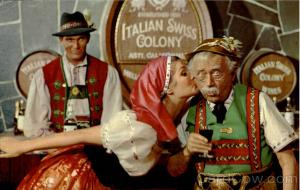 Well, you know why as well as I do.  Because Italian Swiss Colony is indelibly associated in the minds of consumers with a mass-marketing maelstrom, thanks mostly to lame commercials featuring Glenn Yarbrough jingle-warbling about rosé while some pretty girl with a girly name holds up a bottle simply labeled ‘wine’.  If you remember these ads, you’ll recall that they always ended with the tagline, ‘From that little old winemaker—me!’

Omar Khayyam: 'I'll take the loaf of bread and the thou; you keep the jug of wine.'

Ah, but it’s market savvy, naturally—even with a three-liter jugful of Italian Swiss Colony White Port in your alimentary canal you wouldn’t want your start-up venture associated with semi-generic, insipidly flabby Central Valley wino-juice—the very reputation that California has spent untold billions trying to make people forget.  It’s kind of like Al Jardine’s campaign to dissociate himself from the Charles Manson song that the Beach Boys recorded in 1969 and why Volkswagen can’t sell any cars in the United States these days—even great ones.

That we get.  But then, if you insist on insisting that Asti Winery ‘honors the traditions’ and ‘pays homage to the history’ of the founding families, you might at least consider respecting what they named themselves and send out a mal occhio to all consultants who advise otherwise.

…I mean, it’s not like ‘Italian Swiss Colony’ is a girl’s name or anything.

There’s a video on YouTube about Asti Winery and their latest release, Cellar No. 8’s ‘Eight’, wherein a buff-looking GM with the wholly masculine name of Jeff Collins drones on about Andrea Sbarboro, but conveniently forgets to mention that he was the father of Italian Swiss Colony Vin Rosé, perhaps because Asti Winery is very varietal-conscious and he’d have to admit that the pink plonk in the plastic pail that my mother used to swig contained a percentage of Thompson seedless grape juice, not known to produce Premier Cru Supérieur whites.  On the other hand, the name Thompson is quite macho, free-associating with Thompson sub-machine guns and Thompson’s cigars, whereas ‘Asti’ makes you think only of Asti Spumante, the quintessential girl swirl.

In the video, Jeff takes us on a tour of the original ISC facility, still in use, and shows us why the new label is called ‘Cellar No. 8’; it’s from, obviously, the winery’s eighth cellar.  ‘Asti’ comes from the nearby town of Asti, named by Andrea Sbarboro after the village in Italy that produces—you guessed it—sudsy Spumante.

Not only was mom a girl, she had an appropriate girl's name.

Recently, to pay homage to themselves, to honor their history and traditions that go back three or four years, they’ve released ‘Eight’.  Evidently, this is not to be linked to the cellar numbered ‘eight’ specifically, but is thus tagged because there are eight different types of Lodi-sourced grapes in it; namely, petite sirah, grenache, mourvedre, syrah, sangiovese, zinfandel, merlot and cabernet sauvignon.  In other words, ‘Eight’ is made from everything left over at the bottom of the refrigerator at the end of crushing season, which is a technique as sappy and irrationally nostalgic as an Italian Swiss Colony commercial, since that’s exactly the way my mother chose ingredients for dinner after polishing off a jug of Vin Rosé.

Again, However, a Bit of a Head Scratcher

‘Eight’ contains 79% petite sirah, which means that by American appellation law, it could have been labeled as a varietal instead of the ‘California Red Wine’ flag it wears.  The other grapes in ‘Eight’ are mere also-rans—the next biggest contributor is grenache at 7%, while merlot, cabernet and zinfandel ante-up less than 1% each.

I can’t say what one-percent merlot brings to a petite sirah party, but my guess is that it’s pretty minimal.

The irony, of course, is that the meteoric rise of quality-focused California wines over the past generation largely spelled doom for jug wine producers—Italian Swiss Colony was among the casualties.  Consumer demand for varietals like petite sirah, not generics like ‘red wine’, has been a primary catalyst for such cataclysmic climate change.

Is this a matter of: ‘You can take the wine out of the jug, but you can’t take the jug out of the…’??

Look at the legs on this 50-year-old Italian Swiss Colony White Port from under the sink.

Cellar No. 8, ‘Eight’, Red Wine, California, 2009, about $10:  Naw, this is anything but jug wine—I’m just pulling the wine’s sturdy, 13.8% alcohol legs.  At this price point, it’s nicely crafted and avoids the excess acidity that often rears up in simpler petite sirahs.  Saturated purple in color, the nose shows jammy blueberry, underbrush and warm road tar; the palate is lush with black cherry and boysenberry and the finish is moderately long and tame in tannins.  I wouldn’t cellar this one, but I could easily drink a jug’s worth.

1 Response to Cellar No. 8 ‘Eight’: Stuck Here In Lodi By Choice