Posted on September 6, 2011 by intoxreport

If you still find some latent gratification in partying like it’s 1999, at least pour a 1999. 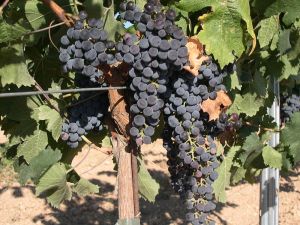 Along with Pauillac, Margaux and Saint-Julien, Saint-Émilion posted some sexy swallows in the century’s final harvest, and age-wise, they’re coming into their own. Mind you, the vintage was considerably dicier in Graves and parts of the Haut-Médoc due to late rains that cut short the final cabernet ripening and infused the wines with some vegetable notes, but in general, merlot (which is harvested earlier) did well, achieving startling alcohol levels of nearly 14%.

In such years (obviously) it pays to search out wines containing a higher percentage of merlot, and these are most often found among the châteaux of Pomerol and Saint-Émilion in Libournais.  Named for the region’s capital, Libournais is commonly referred to as the ‘Right Bank’ due to its position on the Dordogne river. 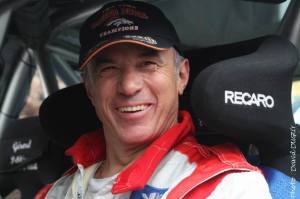 Saint-Émilion’s Château Simard has been a player in the commune since the 17th century, but received a status upgrade in 2008 when it was purchased by Alain Vauthier, owner of the celebrated Château Ausone.  As one of only two estates classified as Premiers Grands Crus Classés A (the other one is Château Cheval Blanc), Château Ausone has embraced its new little brother with scads of sibling support.  Whereas the previous owner (Vauthier’s uncle, Claude ‘Coco’ Mazière) had a singular approach to the business of wine—selling only one vintage at a time, managing all aspects of it with the assistance of a single secretary—Vauthier has already made several vintages available and is at work restoring the property to its erstwhile glory.

A few things won’t change, of course: Traditionally, Simard has not been released until it sees ten years of bottle age in the winery’s cellars, which is why we are only now seeing the 1999’s (bottled in ‘01) on market shelves.  Whereas Vauthier may confess an ultimate goal of letting loose Simard after four or five basement years, this hasn’t happened yet.  Also, like Uncle Coco, Vauthier is a proponent of the French equivalent to organic farming—lutte raisonnée.  Essentially, the ‘reasoned struggle’ prompts vignerons to use less synthetic fertilizers, pesticides and herbicides in the vineyard, though unlike organic certification here in the States, no government regulators breathe down their necks.  Naturally, that makes the ladybug appearing on labels of such reasonable strugglers somewhat meaningless, and we can only hope that Gallic conscience will out.

Meanwhile, the primary upside of Simard 1999 may be the prix de sortie.  So fantasy-flooded are many Bordeaux buffs that the release price of a given wine does not necessarily reflect its quality, and these prices are known to fluctuate in subsequent years along with market, mood and the ‘must-have’ quotient.  Simard, however, seems to remain pretty constant.

To be able to experience a fully mature, ready-to-rock Grand Cru Saint-Émilion for under $30?  Remarkable.  If you are going to party like its 1999, no harm in proferring like it’s 1959.

Château Simard, Saint-Émilion, 1999, around $28:  The blend is 70% merlot and 30% cabernet franc, both of which varietals had banner years in 1999.  The wine displays the bricky rim of a middle-aged merlot floating below an earthy nose of white truffle, white pepper and currant.  The palate is creamy and appealing with a cultured sense of black fruit, plum and spicy oak.  The presence remains silky and full throughout and finishes with complex, fully-ripened tannins and a distinct, but subtle acidity.