Posted on September 3, 2011 by intoxreport 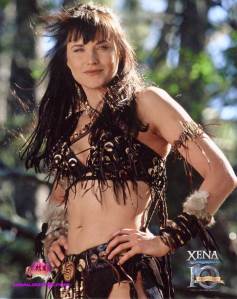 Grotty media cynics may claim that Lucy Lawless is New Zealand’s worst natural disaster, but in fact, in 1931, a monster earthquake (Richter 7.8) hit Hawke’s Bay, wiping Napier—the region’s commercial nexus—off the map.  The death toll was in the hundreds, something that even Xena couldn’t fix—though to her credit, she did no looting and limited her pillaging to chakrams, corsets and magazines with lesbian subtexts.

One of the effects of the quake was a dramatic change in the local landscape, with the coastal areas being raised six feet, resulting in fifteen square miles of seabed waking up the following morning to find that it was dry land.  For expansion-eager Napier, it became the cloud’s silver lining.

Napier's Deco blows South Beach out of the tub

Napier was rebuilt almost entirely in the fad style of the times, and remains one of the world’s preeminent examples of Art Deco architecture—cooler by far than South Beach.  Local Maori place names are somewhat badass, too:  There’s Whakatane, Whakatiki, Whanganui as well as an unassuming hillside in the south of Hawke’s Bay that’s proven to be something of a stumbling block in the Royal Consolidated Annual Spelling Bee, held yearly in Auckland.  It’s called

Look it up in that Guinness book if you don’t believe me.

Meanwhile, back in the ‘30s, a wine industry which began when 19th century Catholic missionaries planted sacramental grapes was foundering on the rocks of a temperance movement, economic policies which favored sheep over sherry, and a large number of agrarian British immigrants who preferred beer and whisky.  Incoming Dalmatians (the kind without tails or Disney contracts) made a pretty good go of it through the first few decades of the 20th century, but it wasn’t until the 1960’s, when Europe became rationally accessible to jet-age Down Underers that a true wine culture of wine appreciation began to develop.  And lo and behold, it turned out that for all those grog-glutted decades, the Kiwis had been sitting on top of some of the world’s most transcendent wine terroirs. 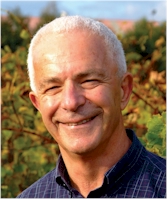 Around this time—1961 to be precise—a twenty-one-year-old, second-generation Croatian immigrant set up Villa Maria winery in Auckland, determined to see what a five-acre plot could produce.  George Fistonich claims to have winemaking in his blood, though what isn’t clear is the legally allowable percentage should he get pulled over.  Thanks in part to good fortune, Villa Maria grew in leaps, but mostly because Fistonich readily embraced revolutionary ideas, including screw cap technology (he was the first) and pricing grapes based on quality rather than quantity.  The innovation pay-off is obvious: Villa Maria has been New Zealand’s most awarded wine company for the past thirty years, and in recognition of George Fistonich’s contributions to New Zealand’s wine industry, he was knighted in 2009.

The Hawke’s Bay venture was intended to produce primarily red Bordeaux varietals, ideally from the Gimblett Gravels Winegrowing District.  This area, which now carries its own appellation, was once considered unsuited for anything other than dragstrips and warehouses (even the sheep rebelled: it takes three acres to feed a single one), but visionaries such as Sir George saw it’s stony, free-draining potential for supporting vines and Villa Maria is now the largest landowner in the AVA.

The latest release of Villa Maria’s ’08 Reserve Cabernet Sauvignon/Merlot (around $35) is indication that gambling on Gimblett Gravels was a clever move.  The 70/30 blend is typical of Bordeaux’s Left Bank, a trial-and-error success story that depends on small-berried cab grapes for structure and merlot for softer, fruitier elements.  Dry shingle-soil and maritime heat makes Gimblett Gravels an ideal environment for these varietals, and all of VM’s ‘Reserve’ blends originate here.  Ruby red and imbued with cola, mint, cassis and violets on the nose, with black cherry, stewed rhubarb, currant and tobacco on the palate, the wine is laced with nicely settled tannins and lingering notes of cedar.

It will not be confused with a 1er Cru, but with careful cellaring, it should improve for a decade.

For a bit less than half the price of the Reserve, Villa Maria flip-flops on varietal percentages to create a blend similar to those found on Bordeaux’s Right Bank—Pomerol and Saint-Émilion in particular.  The result is ’09 Private Bin Merlot/Cabernet Sauvignon (around $15), which draws grapes from vineyards across Hawke’s Bay, Gimblett Gravels among them.  Less high-toned than the Reserve, the wine displays a pronounced whiff of vanilla upon popping the cork which disperses to reveal merlot’s characteristic plum and raspberry aromas shaded by a touch of licorice.  The body is moderate and velvety, with notes of mocha, olives, black fruits and orange peel.  Fine-grained tannin and bright acidity pulls the structure together while a bite of American oak carries through to the end.

St. George and the Dragon

The winery produces a roster of other varietals as well, including some iconoclastic selections like single-vineyard verdelho and a hoppy, gooseberry-flavored arneis.

Sir George and the Flagon

…and in the end, having been cancelled in 2001, that’s a trick even Xena couldn’t pull off.